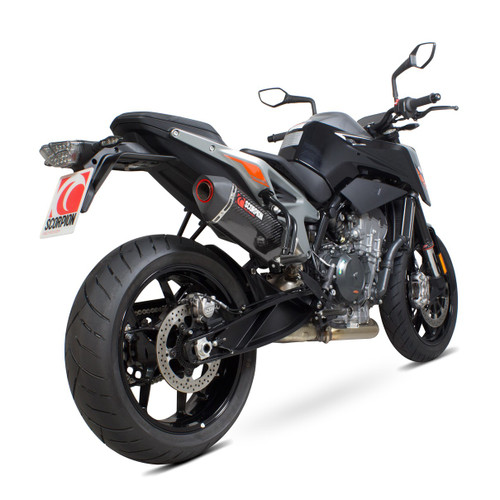 Want a little more power from your KTM 790 Duke? A Scorpion Serket Parallel Slip-On exhaust is the perfect compromise, leaving the factory catalysts (where fitted) in place and bolting directly to the OEM system. Scorpion's Serket Parallel Slip-On exhausts are designed for improved gas flow and sound, but leave the bike fully road legal and MOT ready.

You only have to hold a Scorpion exhaust to appreciate the premium design and construction qualities, which translate into tangible gains in both performance and reliability. Hand crafted Scorpion Exhausts are made in England and widely regarded as the best bike exhaust on the market today, Scorpion Exhausts has become one of the most popular upgrades a rider can make.